Cyril Ramaphosa Net Worth in 2021 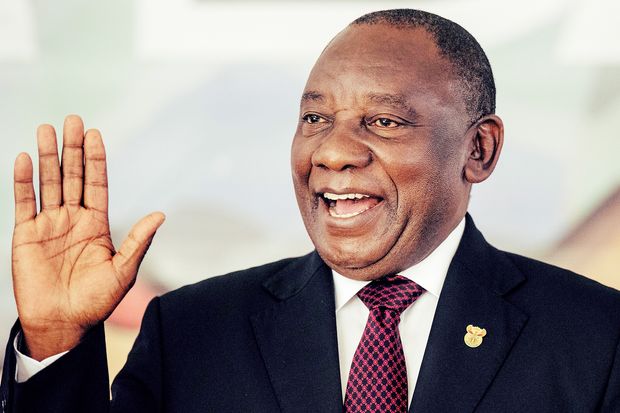 Getting to know President Cyril Ramaphosa Net Worth, Entrepreneurial skills and how he has become such an exemplary South African.

Every South African will recognize the name, Cyril Ramaphosa. The current President of our nation has cemented himself in South African hearts, having led our country through a time of great economic and social turmoil in light of the pandemic of 2020. Ramaphosa’s presidential campaign has been grounded on his call to action to revive the stagnant South African economy and address the rising surge of unemployment – and in the eyes of many South Africans, he has been the ideal candidate for the job.

But there is more to the man than his position as statesman. Long before his election to Parliament, our now-President established himself as a formidable businessman, skilled negotiator and strategist. He rose to a position of considerable wealth and despite occupying the “richest in Africa” list for many years, it was his philanthropy that earned him regard as a “man of the people” and established his influence in the ruling ANC party.

So, what got him to where he is today? We take the time to understand a bit more about his career, entrepreneurial past and pay tribute to his journey and success.

Now available on the App Store and Play Store!

His honors include Olof Palme prize in Stockholm in 1987 and was included among the Time’s 100 Most Influential People in the World in 2007. In October of 1991 he was a visiting professor of Law at Stanford University. In 2009, he was awarded the National Order of the Baobab in Silver by President Jacob Zuma for his contribution to the multiparty negotiations and for chairing the Constitutional Assembly to draft the new Constitution. It is awarded to South Africans for excellent service.

Before we can evaluate Cyril Ramaphosa’s net worth we first need to understand what net worth is made up of. Net worth has become synonymous with the Forbes list in recent times, listing the world’s richest people according to their field of occupation, country, continent or just outright wealth. But what is net worth actually? Net worth is calculated by subtracting all liabilities from assets. An asset is anything that has monetary value, while liabilities are obligations that deplete resources, such as loans and mortgages for instance. It is important to note that net worth is a quantitative concept that measures the value of an entity, using known or listed assets and liabilities.

Ramaphosa’s reputation in business and politics proceeds him, as he is known for having various business ventures, past and present, which has brought his net worth into the South African media on various occasions. In this article we will be looking at the net worth of the South African President, Cyril Ramaphosa, his assets throughout the years and what has lead to his accumulation of a staggering fortune.

For all of his endeavors, Cyril Ramaphosa has an estimated net worth of 450 Million US Dollars. This would put the president’s net worth in South African Rand value at an astounding R7.4 Billion as of October 2020. He might be best known for being the President of South Africa but he earned his fortune as the chairman of investment firm Shanduka Group. Before Shanduka was sold to a competitor, it specialized in mining, finance, Coca-Cola bottling plants and even McDonald’s franchises. At various times he has been ranked as one of the 10 richest South Africans.

Trusts: 5 trusts formed in his name.

So, how did he acquire his astounding fortune?

Although Ramaphosa has been involved in politics throughout his life, it is in his business ventures that made the “man of the people” made his considerable fortune.

Ramaphosa first came to prominence in the 1980’s as founder and promoter of the National Union of Mineworkers, created to improve the rights of black African workers. The union campaigned successfully in the 1980s for the end of the job reservation system, a system which ensured that the highest earning occupations were allocated to white South Africans. The union’s lobbying and campaigns earned it international affiliations from the International Federation of Chemical, Energy, Mine, and General workers’ union. This lead to the founding of the Congress of South African Trade Unions in 1985, which was organized by Ramaphosa. COSATU as it is known in South Africa is the largest of the country’s three main trade unions. After COSATU’s founding along with the African National Congress, Ramaphosa was a key figure in the fight and abolishment of Apartheid.

In 1991, at age 39, he was elected secretary general of the African National Congress and was the main negotiator with the National Party during the transition to democracy. In 1994 Ramaphosa was elected as the chairperson of the Constitutional Assembly and he, along with others, were tasked at drafting the first democratic constitution of South Africa.  After less than three years in parliament, and the international acclaim and success of the constitution, Ramaphosa resigned in 1997.

In 2004 upon visiting Uganda, Ramaphosa became interested in Ankole cattle breed, a modern American breed of domestic cattle. As a savvy businessman Ramaphosa immediately saw the monetary value with these animals and subsequently entered farming (per say). He purchased 43 cows from the then Ugandan President, where after the cows were artificially inseminated and brought to South Africa, from Kenya, due to disease control measures. As of 2017, Ramaphosa had an estimated 100 breeding cows at his Ntaba Nyoni farm in Mpumalanga. In 2017 Ramaphosa sold an Ankole bull in excess of R640 000,00 in an auction near Ermelo, Mpumalanga, with hunting bulls selling for R15 000,00 – R50 000,00.

After his resignation from parliament Ramaphosa first joined New Africa Investments and then founding the Shanduka Group in 2001. As founder and executive chairman of Shanduka Group, an investment holding company, Ramaphosa had investments in mining entities, energy sector, real estate, banking, insurance, and telecoms. Ramaphosa had 30% shares in the company, which he sold off in 2015, when the company had assets valued at an estimated $900 million US Dollars. Ramaphosa stated that he sold off his investment to “free him up” due to his appointment as Deputy-Vice President of South Africa in 2014, to fulfill the responsibilities as deputy president without the possibility of conflict of interest.

One of Ramaphosa’s most successful endeavors came in 2011, where he paid for a 20-year master franchise agreement to run 145 Macdonald’s franchises in South Africa, making him the developmental licensee of their operations in the country. Subsequently making him the owner of all Macdonald’s assets in South Africa, including the property, according to fin21. In 2016 however Ramaphosa also sold his franchise agreement, for an unspecified fee, to fulfill his political aspirations after Jacob Zuma’s presidency came under more scrutiny.

Despite no longer being an “active” entrepreneur, we thought it would also be warranted to understand the stipend that Ramaphosa now receives from the South African Government. When first elected as the President of South Africa, Ramaphosa received an annual salary of R2,99 Million. After the commission’s recommendation of a 3-4% increase of wages for public representatives at national, provincial and local levels since April 2019, Ramaphosa’s salary is estimated at R3.1 million annually. Businesstech state that Ramaphosa’s salary is in the region of R3.9 Million annually.

In a great show of character, Ramaphosa does not pocket all of this stipend however. In his National address on the 24th of May 2018, he stated that he would be donating half of his salary to charity in honor of late former South African president Nelson Mandela. Ramaphosa stated that it is aimed at encouraging the wealthy to dedicate some of their pay to help rebuild the stationary economy of the last decade. The donation is made annually to the Nelson Mandela Foundation and the donation is estimated at R1.8 million. Thereby an accurate estimation of the salary of the President of South Africa would be R3.6 million.

The Power of the right network

Porter Gale, the internationally recognized speaker, once stated that “your network is your net worth”, an ever-true statement that remains a valuable lesson for any budding entrepreneur. And in the case of our now-president, his network was a key contributor to his success.

Since his youthful student politics and lobbying for the Council of unions of South Africa, Ramaphosa has been networking with the kind of people that would subsequently increase his net worth in life. In terms of net worth his wife, Tshepo Motsepe, certainly helps Porter Gale’s claim. Tshepo Motsepe is the sister of fellow South African business tycoon and billionaire Patrice Motsepe. Patrice made his fortune through mining interests and his own multifaceted mining company, while Tshepo Motsepe, the current first lady of the country, is an acclaimed medical doctor.

Nelson Mandela was also part of Ramaphosa’s network. Mandela favored Ramaphosa to succeed him as the second president of South Africa, but instead the African National Congress chose Thabo Mbeki as the second president. Mandela was quoted as saying that Ramaphosa had age on his side that he must pursue business ventures before fulfilling his political ambitions. Advice that certainly seems to have been beneficial as twenty years later Ramaphosa is one of the richest men in South Africa and as of 2018 is the fifth president of South Africa. In keeping with Mandela’s advice, Ramaphosa was able to balance notoriety in the South African Business world, while also maintaining a firm respect for his political ambitions within the African National Congress.

From growing up in Soweto, to now being one of the greatest businessmen in SA’s post-democracy, Cyril Ramaphosa is a shining example of perseverance, grasping opportunities and maintaining entrepreneurial grit. It is fair to say that his net worth is a representation of his hard work and determination to reach astronomical heights from humble beginnings.

They say that the true worth of a man is measured in times of crisis, and in the eyes of many South Africans there is no one better to carry the nation forward during the current issues the country is facing. Despite his considerable wealth, and the uphill battle of tackling the Presidency, Cyril Ramaphosa is successfully sailing the South African ship out of some choppy waters in 2020.

Mr President, we salute you. 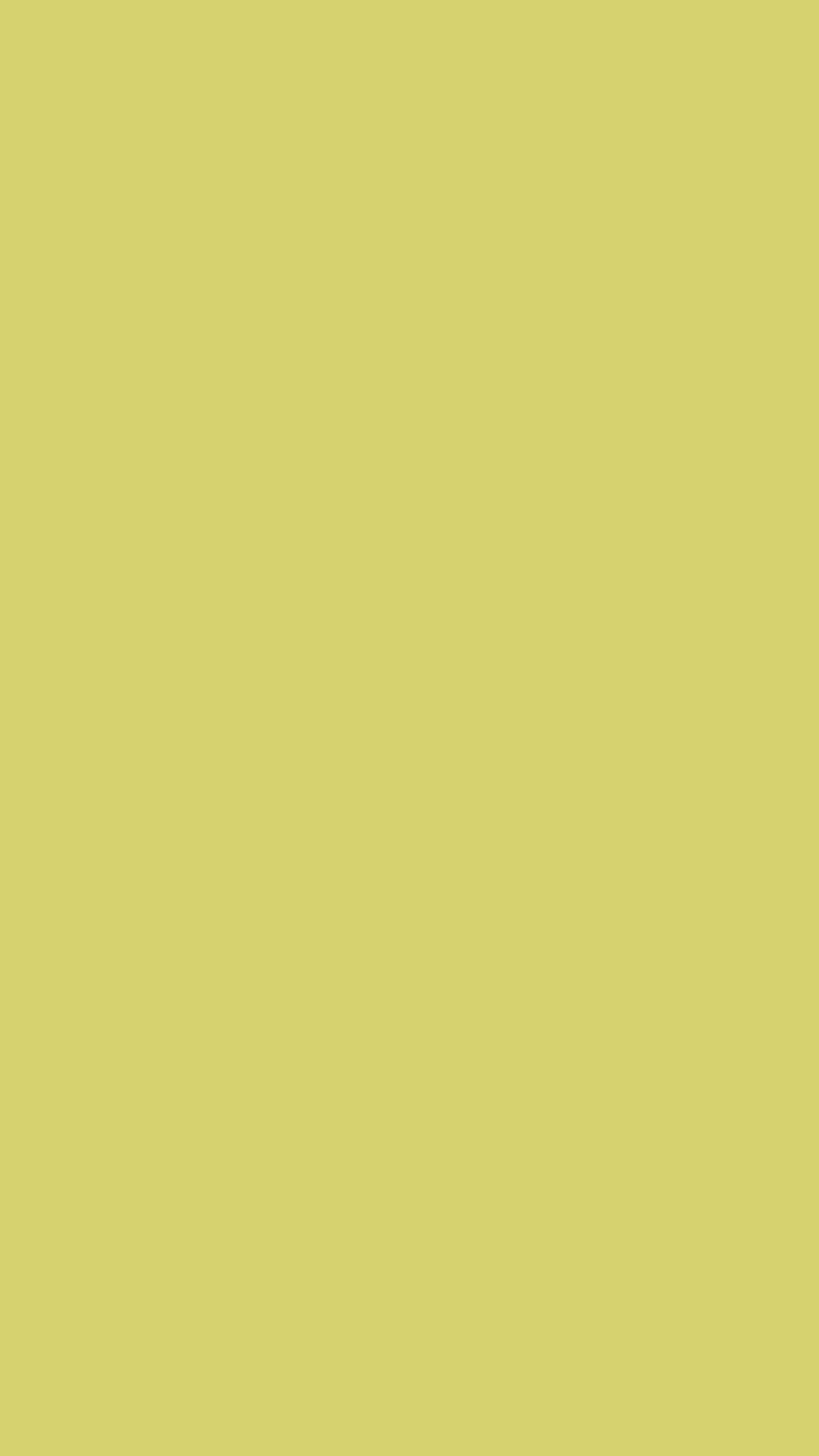 Registering a Business - Why, How, Benefits and Tips